The river below me reflected the blood red of a dawn sky, the countryside through which it flowed still a formless indigo. Propped up on one elbow, still buried inside two sleeping bags, I lay and watched as river reflected the fleeting transition of the sky overhead—red to orange then pale yellow then pewter—and the first rays of sunlight brushed the granite peaks beyond. 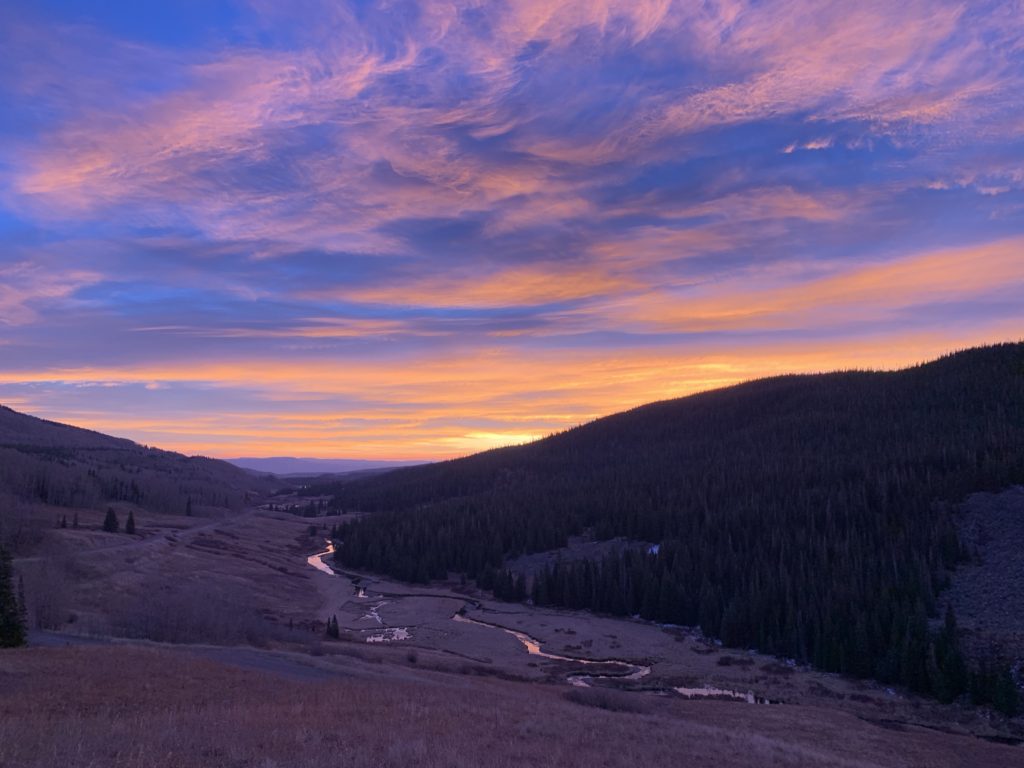 Overnight the wind had dropped, and with the calm had come the cold. I reached for my water bottle and, discovering it frozen, retreated to the warmth of my crib, only to be thwarted a few minutes later by the nagging of my bladder.
Pleased to have made it through the night, I rose and communed with a nearby pine tree, then stuck my boot several times into the side of my five gallon water jug to break the ice and pour sufficient into a pot for tea.

Back inside the camper the burner hissed gently while I added another layer of clothing then, steaming mug and map in hand, returned outside to sit in a camp chair. The next half hour was spent alternately watching the sunlight creep its way toward me down the mountainside opposite, and restudying the map I’d pored over last night under lantern light, confirming in my mind that the plan I’d hit upon then was still as valid as now, in the growing light of day.

The water below me, on the map called out as a river yet in reality little more than a robust stream, could wait for tomorrow. Memories of a previous trip to this part of the world several years ago had turned my mind’s eye upstream, higher into the mountains. 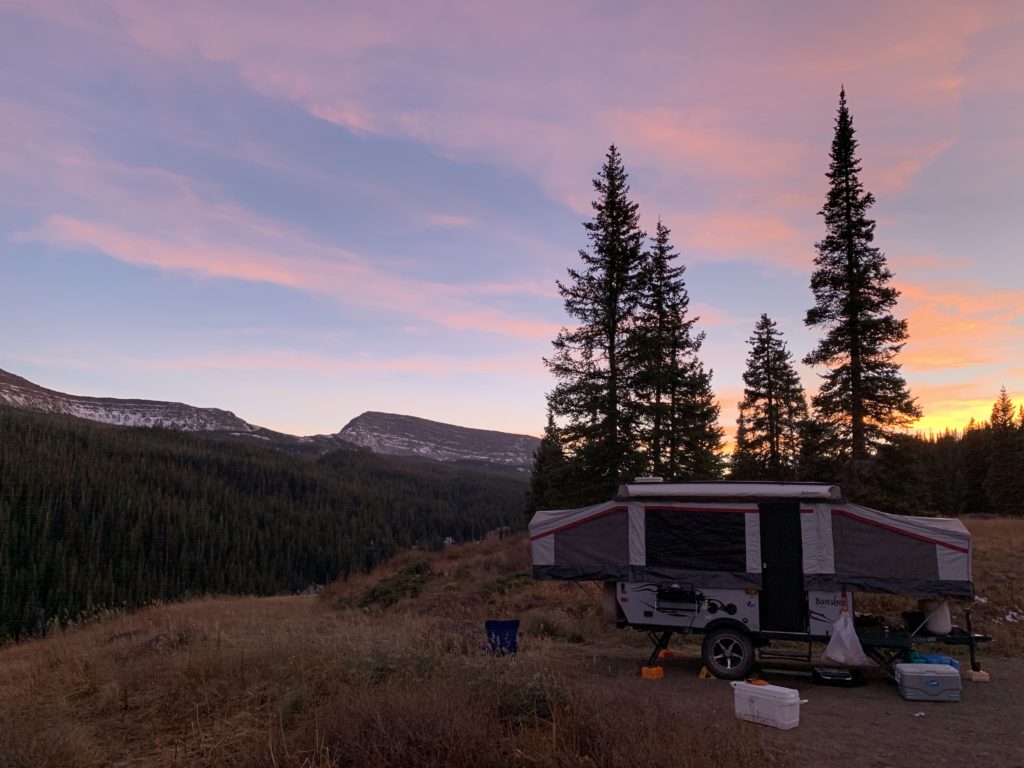 Then, I’d hiked several miles up into the wilderness area. The trail first skirted a reservoir then cut deeper into the high country. There, this same water that flowed below camp was little more than the width of an irrigation ditch, flowing skinny over dark cobbles with the occasional calm pool. The fish that day, a combination of neon brookies and vibrant cutts, had been alert and spooky yet willing to take a dry fly presented with subtlety. Late in the afternoon I’d turned back at a place where the countryside steepened and the stream became a series of falls tumbling through a narrow, snaking ravine tangled with deadfall. Would the stream fish as well this time as then, I wondered, and what lay up country, beyond that ravine?

I loaded a skillet with bacon and hash browns and, back in the camper, prepared my pack for the coming day: extra clothing and first aid at the bottom, waders and boots stuffed next, small chest pack with a single fly box and a couple of spools of tippet, knife, reel, water filter, and a lunchtime beer, leaving enough room in the top for a lunch I’d throw together last thing, and strapped to the outside a rod case containing my two-weight.

Few aromas in this world can compete with that of bacon sizzling in cold, high country air. Returning to the grill I cracked a couple of eggs into the skillet and placed a tortilla over the lot to warm for a few minutes. The subsequent burrito, liberally drenched with hot sauce, was soon engulfed, washed down with the dregs of my tea.

The sun, by now fully clear of the ridge tops, bathed the day with the promise and melancholy of fall. Stands of bare aspen stood stark among needle-pointed fir, while patches of snow from the season’s first storm lay watery on the ground. I looked toward the distant mountains and, pack cinched snugly, began to hike up the trail.