So far, so good—the day had proceeded according to plan. I’d left town early, hiked several miles into the mountains in the cool of morning, had a close encounter with iconic wildlife, and now I sat on a knoll overlooking the lake I’d come to fish, watching several large cutthroat trout cruise the shallows.

I reasoned the hot, uncomfortable feeling emanating from my feet inside my boots as the after effect of the arduous hike. I’d worn these hiking boots for years, without issue. As I sat and rigged my rod, keeping half an eye on the movements of the fish, surely I thought, the discomfort would diminish. 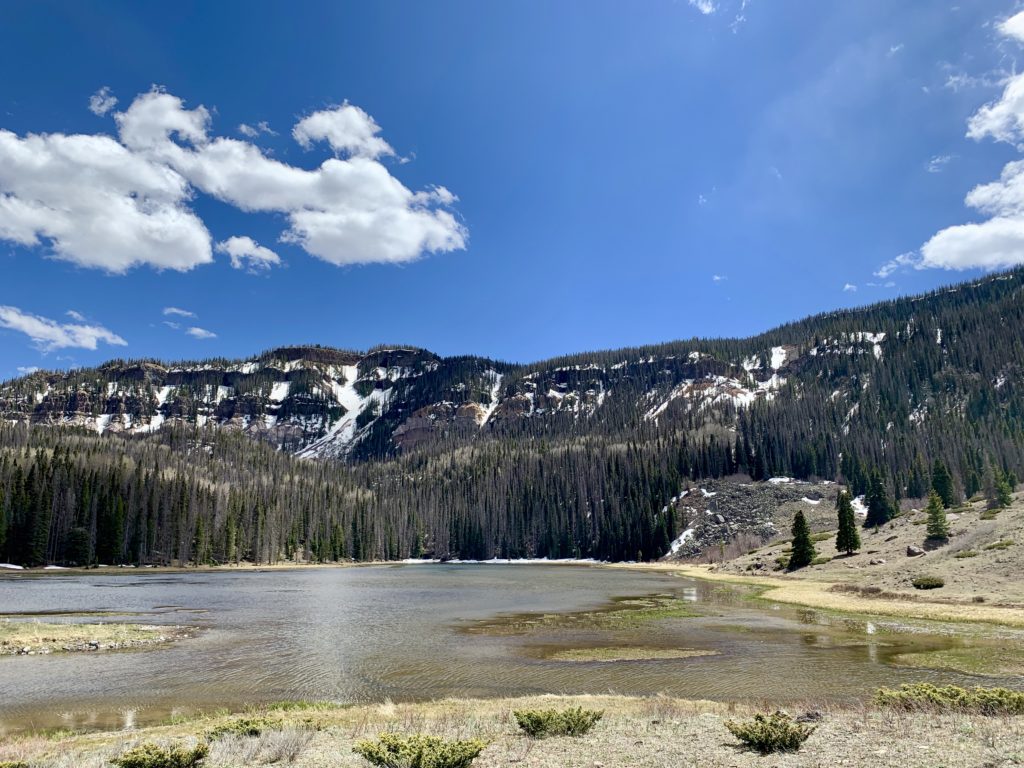 The fish cruised close to the lake’s narrow outlet, where over time the current had stacked a tangle of logs, now bleached by the elements. An occasional zephyr swept down from the mountains, churning the lake’s surface for a minute or two, but when the air settled the fish still maintained their station. Rod rigged, I stood and walked cautiously down towards the water’s edge then, keeping a respectful distance, unfurled a cast toward where two fish swam leisurely, seemingly unaware of my presence.

The instant the fly touched the water, both fish, and two more I hadn’t noticed, turned and darted straight for the center of the lake’s deeper reaches, leaving a trail of stirred sediment in their wake.
Tough audience, I thought. I retreated back to the higher ground and sat, waiting to see if they’d return. A few minutes later I located another, close in, working its way toward me while keeping to a deeper channel next to the bank. I decided to set up an ambush.

I moved down and cast my fly right on the edge of this channel, twenty feet ahead of the fish, and waited. As it approached, I gave a little twitch of the rod tip, imparting a slight motion to the fly. Ignoring my offering, the cutthroat swam past and stopped right in front of me, turning slightly and seeming to stare straight at me, mouth and gill plates working rhythmically as it moved water through its gills. For a few seconds we stared at each other. It was difficult to escape the feeling I was being mocked, or admonished, or both. The fish then turned and retraced its path. I cast once more, landing the fly a few feet ahead of it, and was treated with the same disregard.

Very well, I’d take my talents to the other side of the lake, where hopefully the locals would be a little less cultured. I refastened my pack and headed for the far shore where the trees grew close and snow still lay in their shadows. The water here was deeper, and several fish lay beyond a drop off where a small stream flowed in to the lake. Crouching low, I cast onto the stream where its waters merged with that of the lake. The fly drifted with the current, and one by one each fish moved out of the way as it floated toward them, then resumed its station once past.

I began to pay more attention to the pain in my feet. The extra half mile of hiking to get here from the far shore had set them aflame. I thought of the first aid kit sitting in the back seat of my truck, that I’d told myself I likely wouldn’t need. I consoled myself with the thought that the discomfort was greater when hiking uphill, and the bulk of the return hike would be down.

For the next half hour, I continued my battle of wits with the fish at the stream mouth. Multiple changes in flies, angle of approach, at one stage standing in plain sight a mere rod length from them, dancing a nymph inches from their faces—nothing would induce a take, or even a flicker of interest save the energy expended in moving out of the way.

The angle of the mid-afternoon sun told me it was time to leave. I broke down my rod and began what turned out to be a two hour hobble back to my truck, all the while imagining the twin delights of slipping off my boots and sipping the cold birthday beer I’d left under the back seat….or had I? I now remembered the beer, sitting in the fridge at home, left behind in my haste to make an early start to the day. Through the pain, I laughed. I’d wanted a memorable experience to celebrate my 60th, and been given exactly what I’d asked for.