Three days, twenty six miles hiked, three fish landed, two broken off. Sounds a bit like the bare bones of a New Zealand fishing expedition, rather than an incursion into the Colorado high country. But such was the outcome from a recent foray to the Flat Tops Wilderness Area with friend and fellow angler “Caveman” Potter. 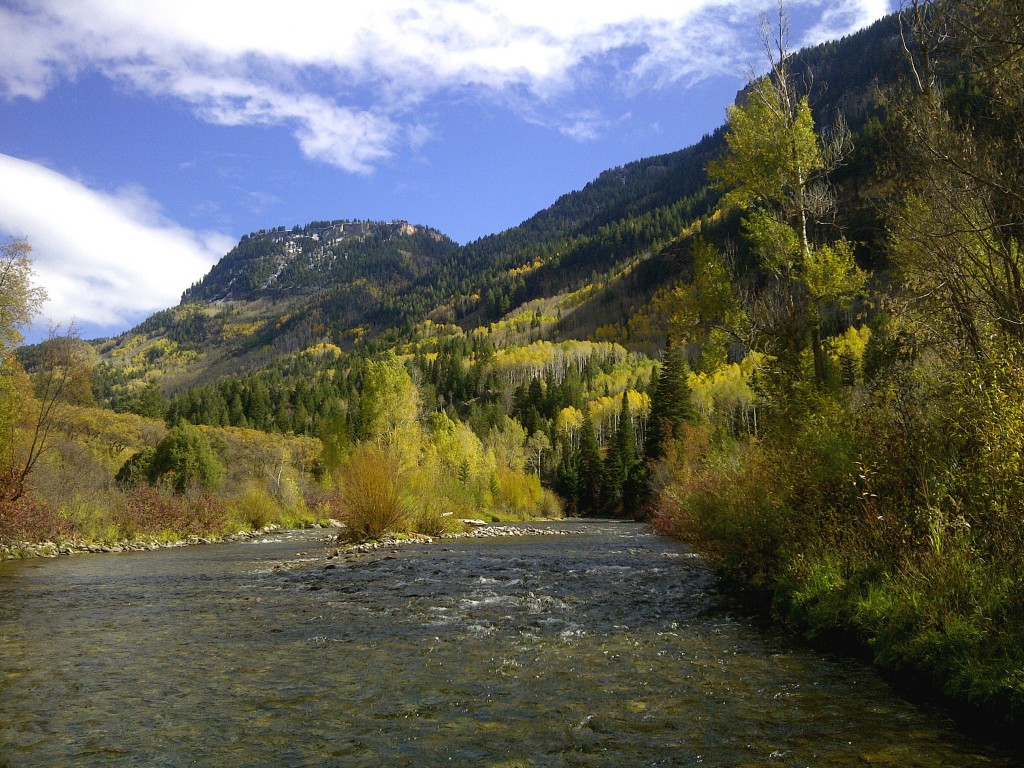 Like many angling expeditions however, the bare bones of catch rates only tell part of the story. They don’t tell of the stunning beauty of our surroundings, of eating enough bacon to make even Lewis and Clark wince, of a decent dent put in a cooler full of beer, not to mention a couple of bottles of bourbon. They don’t tell of nights under the stars, cold and clear, of the simple pleasure of day’s end, easing weary bones into a camp chair with a cup holder and good conversation.

Despite having lived here for close to twenty years, there are still parts of Colorado that remain a mystery to me, and until this trip the White River drainage was one of them. The White rises out of the Flat Tops Wilderness, flowing west and north through the towns of Meeker and Rangely before emptying into the Green River near Ouray in Utah. I’d heard several stories from other anglers about great fishing in that area, and the fact that it is located on roads less traveled increased its appeal. 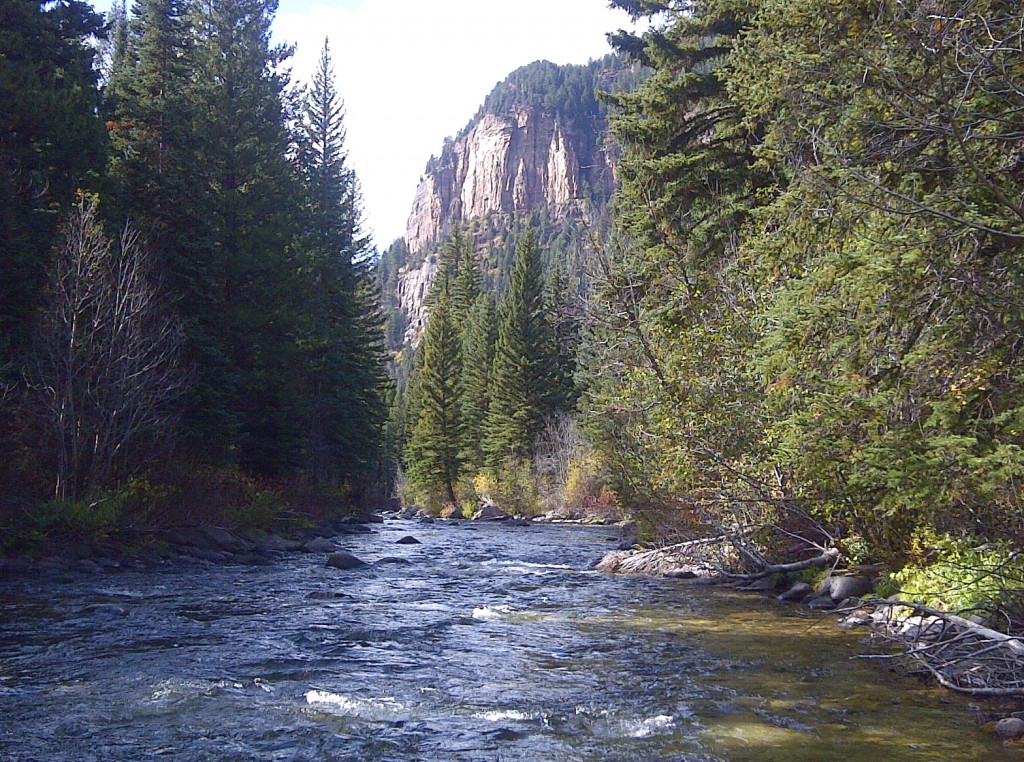 Half the fun of these kinds of trips lies in the anticipation, poring over maps, tracing contour lines and drainages, looking for places where the rivers and roads go their separate ways. Hence our decision to largely forego the more well-documented fishing opportunities on the main stem of the White, and focus on the tributaries.

Many things about the conditions reminded me of the New Zealand backcountry. Spruce and scrub oak grew thick down to the river’s edge, necessitating multiple stream crossings and in-river wading, the water cold and gin-clear. The substrate, a mottled mix of greys, browns and reds provided the perfect camouflage for a fish that wants to remain hidden. And not another soul to be seen. 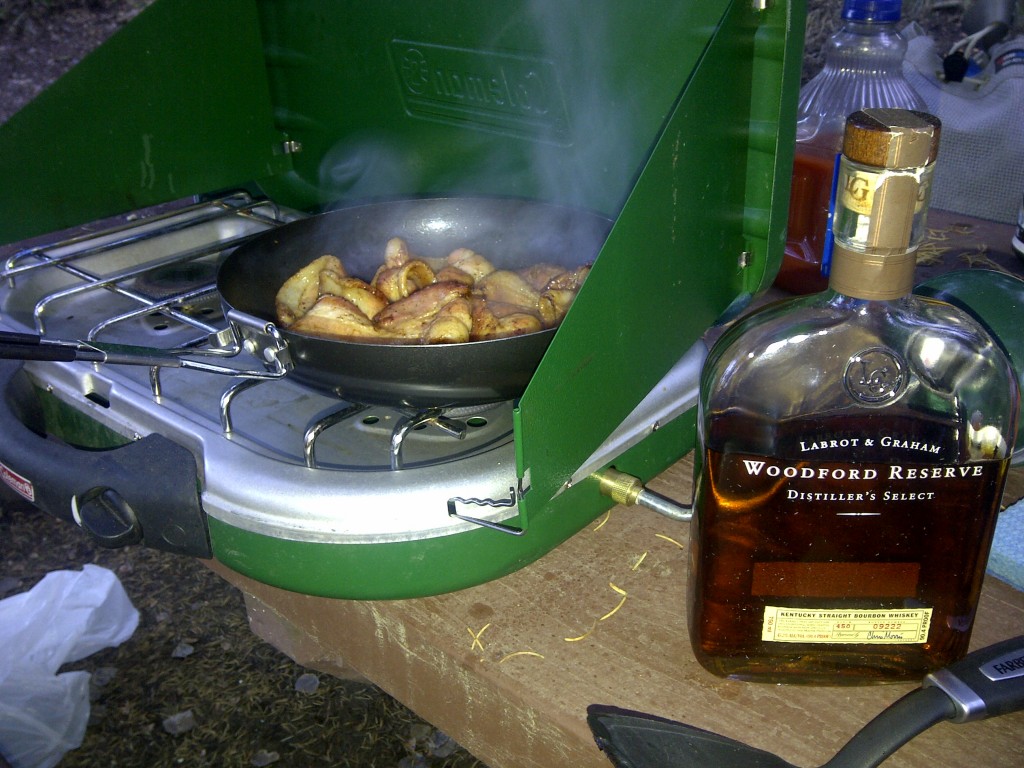 The constant gradient of the river meant quality holding water was relatively sparse. We stalked our way carefully upriver, taking turns casting to the likely spots – the inside of a bend, the eddy behind a larger boulder mid-stream, the quiet of an occasional deep pool. These places were few and far between – sometimes we’d wade a quarter of a mile or more between casts. Caveman had his game on more than me, at least doubling my catch and break-off rate. Yet each night we’d regain camp, weary, thirsty and hungry, and there was no debate about whether we should move on to greener pastures, friendlier water.

I cannot think of more beautiful place I have fished, and the lure of what was up around the next bend kept calling us back each day. On the last evening, getting back to camp as the sun dipped below the ridgeline, we encountered a cowboy, saddling up a pack horse for a trip into an elk camp.

“How’s the fishing?” he asked

“Slow, but man, it’s beautiful up there,” I replied.

“Doesn’t get good ’till about ten.”

I’ll take him at his word, but that’ll have to wait for next year.